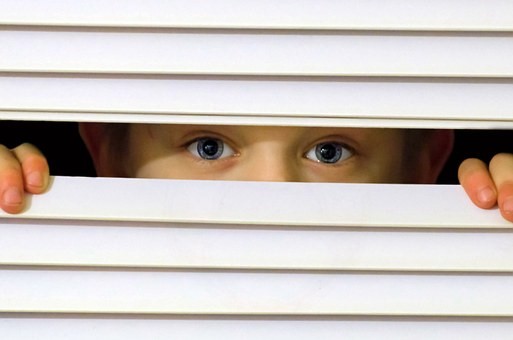 Job Search Hide & Seek (Jobs are not where you think)

What are you willing to do to get HIRED?

Let me guess what your job search day looks like. You trudge down to your computer, sit on your keister all day, smoke coming from the keyboard from applying for job after posted job, chase down rabbit holes researching, waiting desperately for the phone to ring (and it never does), you’re exhausted by day’s end, yet you can’t put a finger on anything that you’ve actually accomplished.

How do you know all this about me, Al? You clairvoyant or spying on me?

Don’t get me wrong, I’m not saying you’re lazy or don’t want a job, it’s that the vast majority of job seekers have no clue how to get noticed in today’s job search world. (Neither did I.) We all rely on what has always worked in the past as if time has stood still. It hasn’t.

The Al Smith Theory of Evolution?

Yes…and let me tell the jokes, please. Job search has evolved and is continuing to do so on an increasingly fast basis. Think about it: Twenty years ago you would take out the classified section of the Sunday newspaper and with a red pencil (why was it always a red pencil?) we would circle jobs that were perfect for us, craft a dynamic cover letter, attach it to our resume, drop it into an envelope, march down to the post office then within a couple days someone with two eyes and a brain would read it. That seldom happens…heck, most people don’t even get a newspaper today.

In 1994, the job boards emerged starting with Monster. It was followed in quick succession by CareerBuilder and HotJobs. (Talk about evolution, HotJobs has evolved itself out of existence.) The job aggregators (Indeed and Simply Hired) became the next best iteration.

Today’s job search darling is LinkedIn, and it’s only 12 years old with the first half of its existence being relegated to Silicone Valley tech geeks. Of course, it has since evolved into a 300-million-member behemoth…but like all entities, LinkedIn has an end-date too.

According to Forbes, CNN Money and The Wall Street Journal, the posted job market (jobs posted on job boards, aggregators, company websites, social media sites such as Twitter & Facebook, LinkedIn, etc.) only account for 15-18% of the total. That leaves over 4/5ths of all jobs never posted. Unfortunately, we spend a disproportionate amount of time where the jobs are NOT!

Out of nearly 100 citations in my book, the most staggering statistic I discovered was a study of the job search habits of three generations of people in transition: Baby Boomers, Gen-Xers and Millennials. Millennialbranding.com found that each of the three generations spend in excess of 90% our search time online and between seventy-seven and eighty-seven percent of that time on job boards!

Do you find something wrong with this strategy?

Wouldn’t it be a smarter move to invest more time going after the 85% of jobs that are never posted…the mysterious Hidden Job Market that everyone talks about?

Well, a LinkedIn profile is one way, but just having a LinkedIn profile is about like having a certain part of one’s anatomy: Everyone has one and they all stink. If you want to get found, yours must be full of the keywords that are being used in Boolean searches. You need to “Out S.E.O.” your competition…but that’s only the start!

When in job search mode, you need to outwork and out smart your competition.

Are you using Marketing Brochures? These can take many forms and are limited only by your level of creativity. They can be Bi-Fold, Tri-Fold, Multi-Fold using one or two sheets of paper showcasing your Value Proposition. You can use video, PowerPoint, flip charts or electronic devices. And there’s much more.

So I ask again:

What are you willing to do to get HIRED?