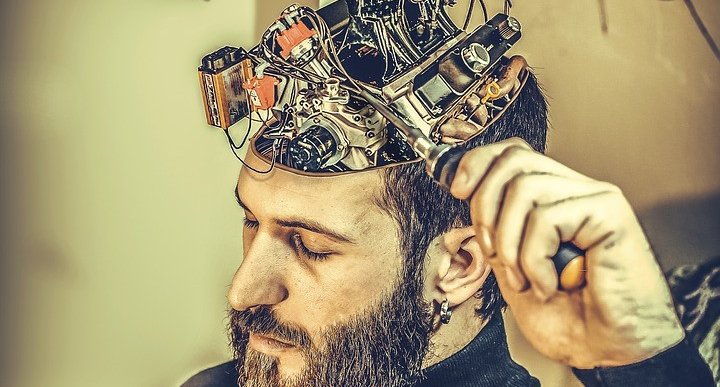 Brain Without a Heart

In his seminal novel, 1984, George Orwell wrote about the country of Oceana where the people were constantly watched, even in their own home, through the use of “telescreens.” The leader, known only as Big Brother, was always watching. Orwell’s timing was only off by a few years. Welcome to the age of Artificial Intelligence, Oceana is here.   (Click on picture above to read the rest of the article)

What is Artificial Intelligence?

Artificial Intelligence (AI) is a branch of computer science where computers are “taught” to simulate (imitate) intelligent human behavior. It’s here today and is being increasingly used in all sorts of human endeavor including, but not limited to, hiring.

Jennifer Alsever, in her eye-opening Fortune Magazine article, “Where Does the Algorithm See You in 10 Years?” Algorithms are used to speed-up the vetting process, determine “book knowledge” and even more intangible qualities. AI uses “natural-language processing and machine learning to construct a psychological profile that predicts whether a person will fit the company culture.” http://for.tn/2eKuasn

Currently, speed seems to draw first blood, “We can look at 4,000 candidates and within a few days whittle it down to the top 2% to 3%, forty-eight hours later, someone is hired.” But, quick turnaround is only desirable factor for companies. Predictions can be made on all sort of human qualities by observing candidates’ word choice, micro-gestures, psycho-emotional traits and the tone of their social media posts.

On the positive side, some biases can be programmed out of the initial hiring process. Sight-unseen, better candidates can be brought to the attention of Talent Acquisition and Hiring Managers without the bias of gender, race and other personal identifiers clouding the initial decision-making process.

Other positives include common myths are being disproved with science, such as:

I’m not ready completely give in to Big Brother yet, but one is foolish indeed if they don’t seek to get an in-depth understanding of how companies find candidates and position one’s self to get found. If they don’t find you, they’ll find someone else.