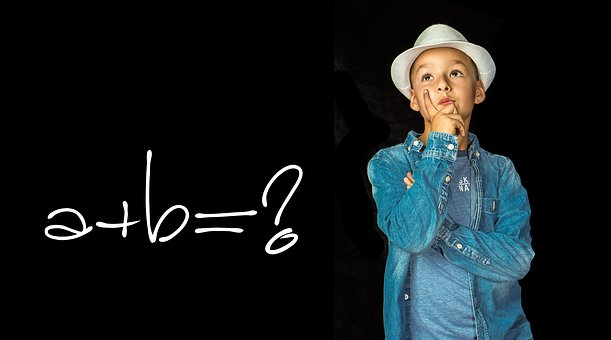 Why am I not getting found?

You’re perfect for the job. Hell, the job description might as well have your name on it! But you don’t even get a call. Why?

Do you recall as a high school freshman math student saying, “I’ll never use this stuff ever again in my entire life.”? Yeah, me too. Boy, were we ever wrong! Mathematics is being used behind the scenes to find you as a candidate. More likely, it’s keeping you from getting found. Let me explain.

Remember algebra’s order of operations (that braces, brackets, and parenthesis thing)? It was invented by an English mathematician named George Boole. He lived only into his 49th year, and I bet his students hated him as much as we did. I can’t confirm it, but it’s my belief that he died at such a young age because he also accidently invented “texting” because his students took their math textbooks and texted him … to death. (Don’t worry, I get groans every time I tell that story.) Click on the picture above to read the entire article

Tech geeks devised an adaptation of George Boole’s order of operations to search for words. Every time you “Google” a product, company, service, or person, you are using this adaptation; you are conducting a Boolean search. This same theory is used in practice by Recruiters to find candidates and they can find as many qualified people for a job just as quickly as you uncover whatever you are looking for.

A few years ago, I conducted a Boolean search live while speaking at a job networking event. I told those in attendance, “Just like a Recruiter, I can find as many people as I want to fill any job and I can do it in a matter of minutes.” You may be as skeptical as they were.

For the exercise, I told the group a new pharmaceutical company with a blockbuster new drug was moving its headquarters to Zip Code 30317 (the northern Atlanta suburb of Sandy Springs where I was speaking). It needed a Vice President of Sales with new product launch experience who lived within a 25-mile radius. I told the participants I would use LinkedIn to fill the position. (Sound reasonable?)

So, just like a Recruiter would, I started my search by typing the first part of the title: “Vice President.” Can you believe there were more than 56,000 people with the title of Vice President within that 25-mile radius? Then I added sales: “vice president of sales.” The number dropped to 22,000 +/- people. (Note the terms are in quotes. When in quotes, the terms must show up in that order. It’s called a long-tailed string of keywords. If not in quotes, the search’s results might include the President of the United States, vice cops, and every sales person on earth.)

Next, I went to the keyword section, and just like a Recruiter would, I began entering terms to parse-down my results. I added AND “new product launch” where the results were chopped down to 1,200. When I added AND pharmaceutical the number dropped to 91. Finally, I added NOT insurance (this term eliminated people with an insurance background). The final number was nine. All the people I uncovered were perfect for the fictitious job I created; eight of the nine were brilliant, and one of them was me. Recruiters do the same thing every day.

Why do they do that?

Time. Talent Acquisition Managers (TAMs) are doing the work that two to three people used to do. By using Boolean searches, TAMs can find as many qualified candidates as they need to fill virtually any position without ever posting a job, reading through hundreds of resumes (even a thousand), or handling countless calls. Unfortunately, this also means that many exceptionally qualified people are overlooked because don’t have the right keywords in the right quantity to get found. Sound familiar?

Keep in mind how this is done: TAMs start with the job title they are seeking to fill, then add a handful of keywords to parse the results down to a manageable number of candidates. Fall inside that number and you are likely to get a call. You will not get a call if you don’t have the searched title and/or those specific keywords in quantity.